She walked here, she walked! 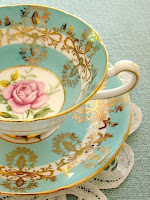 Those of you who were regular readers of my old blog, now sadly defunct, may remember that I once wrote of a small village the other side of the river from me. You can still retrieve the article here, and read it again if you wish.

It was one of my more whimsical pieces. Some days I would wake early and lacerate some hapless politician - some days I would gaze out of the window onto the water meadows opposite and try to describe what I saw.

I have never been able to 'write to order' - I would have made a hopeless journalist. I don't have much imagination - I would have starved to death as a novelist. For me, writing was a way of emptying my mind of whatever had invaded it in the early hours. It allowed me to get on with the rest of the day. I did have the occasional pang of sympathy for my poor readers, they never knew what to expect. Still, it was my blog, so I just went on doing it, and they went on reading it....

Anyway, rambling as usual. In that piece I linked to above, I described a lady who ran a teashop in that village. I remember one commentator describing the piece as 'drivel and fake romanticism'; he simply didn't, or couldn't, believe that there were still small villages where people carried on their lives untroubled by political machinations, virtue signalling on Twitter, angst over safe spaces, or anything seen or said on Facebook. They traded eggs for surplus plums; they cheerfully repaired a chair for a neighbour, and maybe accepted a lift to the market in return.

Get to the point Anna!

The point is that a cup of tea in that village, in that tea shop, became one of my ambitions as I grew sicker over the past few months. I nearly got there on Valentine's Day this year; I made a special effort to dress and look my best - I was very aware that it would be the last Valentine's Day that Mr G and I would share. By the time he had driven me there I had to confess that I was in so much pain I needed to turn round, before we had even turned the engine off, and return home to my own 'safe space' and the welcoming embrace of Morphine and my bed. I was desperately disappointed. Apart from anything else, I had told the tea shop owner that I used to run a tea shop myself, and I had promised her that I would bring her photographs one day.

A few days ago, it emerged that one of my nurses lived in that village, and she took a friend of mine who was staying here to help look after me, over to the village. I asked them if they would take an album of photographs of 'my' tea rooms to show this lady. Somehow it had become terribly important to me that I kept at least part of my promise to return with the photographs. If some of my readers didn't believe that such a sylvan place existed, maybe she didn't believe that I had once run such an old fashioned tea shop? Whatever. It mattered. To me.

My friend and that nurse told her that I was sick - they didn't tell her how sick, just enough to let her know why they had had to bring the photographs that I couldn't show her in person. They asked if they could have a piece of her coffee cake wrapped up for me. That was all.

Yesterday, there was a timid knock on our door. Mr G opened it.

It was the lady from the tea shop. Her face was etched with shock as she took in the full extent of my present predicament. She hugged me so tightly I could scarcely breath. Mr G prised an entire coffee cake from her grasp before she squashed it out of all recognition. We were both close to tears. She because she hadn't expected to find me so; I because, for whatever intangible, illogical, reason it had become important to me that she knew that I too, had run just such an establishment.

It was only when it came time for her to leave that she asked Mr G, very apologetically, if he could possibly give her a lift back as far as the ferry. We looked puzzled - how had she got here? We'd assumed she'd driven.

She hadn't. She'd walked. She'd boody walked. 74 years old. Oh, it's only abut four miles. Maybe five. What's five miles between friends. She didn't even know if I'd be at home, she had no idea that I was tethered to this bed. Just that I 'wasn't well'. Maybe she'd just have had to leave the cake on the doorstep?

She left me feeling like the luckiest woman in the world, to lie here and reflect that I have had the chance to share my life with such people.

With that thought, I shall go to sleep happy that I have shared it.

Right, right, I shall let you jab me asleep now. 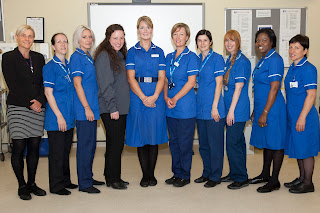 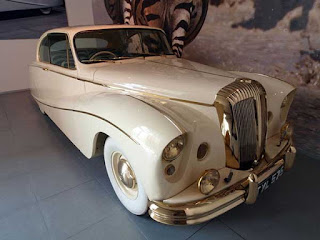